Firstly, a grammatical question… April Fool’s Day, or April Fools’ Day? My money is on the latter, or the ‘later’ for those of you who chose the first option. A quick google search will immediately throw up both options from fairly reputable websites – for example the Independent going with Fool’s and the Guardian going with Fools’. Anyway, moving swiftly on.

Secondly, a comment on the featured image of a cross made of smashed Easter egg. A reminder of the Easter message of the cross and resurrection rather than the commercial focus of chocolate eggs and Easter bunnies. But also the new life you would associate with Spring, Easter Sunday and a smashed egg after a chick is born.

There’s something odd about Easter Sunday and April Fools’ Day sharing the same day in the calendar. The ultimate fake news stories, the pranks that went too far, and the Son of God rising from the dead having conquered sin and death. Someone should stop that happening again. Or is it just me?

Have you ever done something you regretted? In retrospect, something fairly embarrassing. A naive choice made in your formative years? You’d never tell anyone about it now, the only problem being at the time you tattooed it on your face(book).

Or to put it another way…

Having just regenerated as Jodie Whittaker, you are immediately issued a surprise one-way ticket to Trenzalore due to a past tweet by William Hartnell which is now deemed inappropriate by the ‘media’. Not illegal, but apparently one of the 50 shades of grey.

No. Actually, that’s the only simile I have to offer right now. If you’re not familiar (or don’t care for) Dr Who, then ask a friend.

In short, what is the best approach to using Social Media? What should we be teaching our children? The addictive search for approval has led to people making some bad, or at best naive choices which can easily come back to haunt them further along the line. There is no social media amnesty, so your 30 year old self is held responsible for what your 15 year old self will publish on the web. There’s no lessons or a test to pass, we just get the keys to the car as soon as we learn to access the internet.

Is the only solution to keep your yourself to yourself until you’re ‘grown up’? Learn, be open to change and weigh other people’s opinions, get educated, and try your best not to be naive… Just don’t publish anything until you graduate your degree in growing up. Don’t write anything down, avoid social media and definitely don’t wear any bright coloured items of clothing?

Ok, and breathe, sorry, it’s bit heavy for Monday morning. This is quickly escalating into the plot of Kurt Wimmer’s Equilibrium, so I’ll stop there.

If, like me, you are not familiar with Adam Buxton’s podcast, I would encourage you to stop reading my blog right now and start listening to it. It’s much more interesting! I’ve been loving working through the back catalogue of episodes over the last week or so. Thanks for the introduction Ewan David Eason!

You get to laugh out loud, as well as stumble across some lovely thought-provoking moments. Michael Lewis came out with a nugget this week – “The note on which an experience ends has a disproportionate effect on your memory of the experience.”

Thoughts of the week

Toilets is an anagram of T.S. Eliot. (courtesy of At the Violet Hour)

It’s funny that fool and proof both have ‘oo’ in them. With that in mind, it makes saying ‘fool proof roof’ very satisfying, which in turn nicely becomes ‘fall proof roof’, which is something that someone should definitely invent.

It’s felt like quite an unproductive week, but I’ve been keeping busy. It was great to see James Kirby perform in Canterbury on Thursday. Check out his facebook page for more tour dates, or to buy something.

Oh, and this week’s musical creations included my cousin Sam Newman, a rap and some autotuner magic. What more do you want?

Excited about trying some recipes from Richard Bertinet’s Dough. Currently on loan from Nigel Farenden and promising to occupy a lot of my upcoming free time. Get your yourself a copy, and let’s have a bake off 🙂 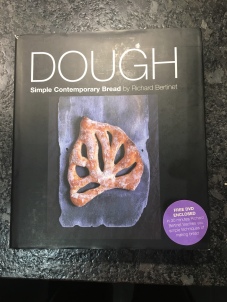 Also featuring this week, Complete Indian Cooking. Does exactly what it says on the cover. You’ll never want for another Indian cook book after this.  Borrowed from my parents many years ago. 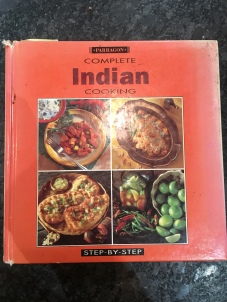 Lost, never to be found.

I uncharacteristically managed to delete the near complete draft of this blog, so you have version 2. It’s predecessor was less sleepy, and used much betterer words. At least that’s my opinion, but I guess you’ll never know.

This site uses Akismet to reduce spam. Learn how your comment data is processed.